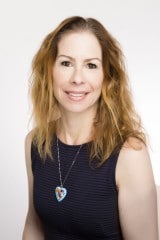 “May you live in interesting times” is the theme of this year’s Biennale going on here in Venice. I think that’s kind of a nice place to start my comments because certainly we are living in interesting times, and if you look and think about some of the incredible changes that our world is going through – and I’m going to focus my comments in particular on the West since that’s the part of the world I know best – we are definitely living in very interesting times. We’ve talked in the last couple of days about the three great trends or changes that are occurring in our world. Economics, we have talked a lot about how the structure of our economies is changing and that doesn’t just mean negative things like growing inequality and declining social mobility. The actual structure of our economies is changing, the ways in which we produce things, the kinds of products that different countries specialize in – and with these kinds of economic changes goes an incredible amount of social change: in the nature of classes, in the relationship among classes and questions about risk and precariousness. All these things are percolating through Western countries.

We have also talked a lot about social changes. We heard about the incredible shift in values that’s been going on for the last couple of decades. People really are being forced to confront traditional values in ways perhaps that they have not done in a long time. The empowerment of minorities and women, growing immigration: this is something that has really changed the demographics of America and Europe. Countries in Europe with very little history of immigration now have numbers of foreign-born citizens they’ve never had before. In my own country, which is a country of immigration, we now have levels of foreign-born citizens that surpass even the great periods of immigration around the turn of the last century. These social changes have also created a level of uncertainty and feelings of risk and change that I think people are struggling with. Then of course, on top of all that we’ve had incredible technological change. I think particularly noteworthy, given the themes of this conference is technologies that have changed the way we communicate, how we communicate and therefore who we see each other as of part of our community. The people who we talk to on a daily basis, who we get information from, this has really changed. I think that has sort of unsettled the ways in which communities were tied together up through about a generation ago.

I think there is another thing that has been going on in the West for the last generation or so that’s really been important. There has been an incredible change in the way our democratic institutions have functioned over the last generation. There have been many ways in which they have become less responsive at the same time as they have faced all of these new challenges. So, for those of you who are familiar with the United States, you are probably aware of some of the discussions about things like gerrymandering, the role of money in politics, the decline of our political parties. It’s now the case that at election time, private networks spend more money on elections than political parties do. changes that have discouraged different groups from participating in the political process. All these things in the United States have created, again, a set of political institutions, parties, politicians, government, that in many ways are less responsive at the same time as the challenges facing these institutions have grown. In Europe, of course, you have some similar problems. I spoke yesterday about the decline of parties of the left, which historically have played an incredibly important role in integrating the disadvantaged and the disaffected into political systems. But this is also true for parties of the center-right as well. Traditional center-right parties also have declining membership levels, declining ties to civil society organizations etc., making them less connected to citizens, making citizens therefore less connected to democratic institutions and governments.

We also of course have heard both this morning and a little bit earlier about the European Union. This is an incredibly important thing to consider when thinking about the functioning of democratic institutions. The EU has been in place obviously since the end of the Second World War, but over the last generation there has been an incredible transfer of authority from national governments to the European Union. And this has happened again without a commensurate increase in the sense of European citizens having control over those decisions, which have immense distributional consequences. So, people have seen authority over things that affect their daily lives being transferred to what they think of as sort of Brussels bureaucrats or Germans or others whom they have no control over. The cumulative effect of this, I think, is to have made democratic institutions seem and be less responsive to citizens.

This of course explains why populists claim that they do: they claim to be the voice of the people, those people who feel like they don’t have a voice, whose demands and interests are no longer being heard by parties and politicians and governments. They claim to want to revitalize democracy. They claim democracy has been taken over by unnamed elites, bureaucrats, technocrats, etc. In fact, they are right on both of those counts, I think. Democracy has become less responsive. People have fewer ties to their politicians and parties and governments than they had had a generation ago.

The combination of this immense amount of change at the economic, social and technological level combined with democratic institutions that have become less responsive, this is a large part of the reason for the dissatisfaction that we see in many Western societies today and for the rise of illiberalism, intolerance, anti-pluralism. The desire to find scapegoats for these problems. This is something that we really need to grapple with, the kind of combination of the decay of our existing institutions with increasing challenges. Then the question that leaves us with is: where are we?

So, one way to think about today, is we might be in a position like where we were in the 1960s, where democracy was facing some real challenges. There were many people who were dissatisfied with the way liberal democracy was working and there were massive protests. There was even violence. We had radical movements on the left and right. But liberal democracies recovered. They were able to respond eventually to a lot, although not all of the demands that people raised in the 1960s, and we moved on.

The other potential scenario is what might be referred to as an interregnum scenario. The term interregnum referred to the period in between the death of one king or monarch and the rise of another. Historically these were incredibly unstable periods and incredibly violent periods. Why? Because there was no clear authority, there was no clear sense of where power was coming from. In contemporary times, interregnum is a period in between the decline of one order and the rise of another. The classic modern example of that is the interwar period: we had the decline of old Europe, monarchies were gone, empires had collapsed, but there was no agreement during the interwar period on what the new order should be like. There were fights among communists, fascists, democrats, and so the interwar period turns out to be this kind of transitional period: an old order had collapsed, but there was no agreement yet on what the new one would look like. That is the other potential scenario that we are facing today.

We are in the midst of the decline of our old liberal, international order, but we have not yet found agreement upon a new one. Nevertheless, there are a couple of crucial differences between now and the interwar years: one is that we do not now face in the West – as it was in the case of the interwar period – a real alternative: communists and fascists were revolutionaries and utopians. They offered an entirely different vision of the way the world should be organized. In the West now, we do not face this. There is no ideological competitor to liberal democracy. The other alternatives – such as in Hungary, China, Russia – are not ideological competitors to liberal democracy: these are regimes whose basis for legitimacy is almost entirely performance-based and the way they deal with dissent is either through whipping up nationalism or through repression. Communists and fascists had something very different to offer: they had an ideology, they had a vision of a different world. We do not face that today.

The main threats to liberal democracy come not from the outside, they come from the inside. Maybe we’re an interregnum, maybe we’re in the 1960s, but what we need to focus our attention on is not on threats from the outside, which are just nothing in comparison to what we had to deal with the kinds of threats in the interwar period. Now we are dealing with lots of degenerative things going on inside our societies: in particular, a mismatch between the challenges that we face and our own political institutions. Thus, the focus for those who care about liberal democracy is how do we make our institutions, our parties, our politicians and our governments more responsive. I think that’s really the main challenge that we face today.