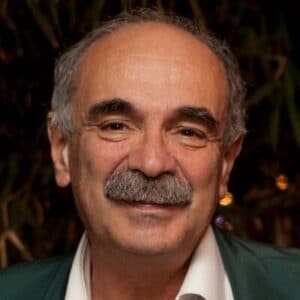 I will make a few remarks on ethics, ideology and religion. My first point is on ethics and politics, ethics and the liberal state. Even if Max Weber distinguishes two categories of ethics, ethics of conviction and ethics of responsibility, explaining that politics relate to one of the two – I would have a very different view. Ethics and politics are for me two distinct issues in the liberal state. Today ethics are an important part of our life: we spend a lot of time discussing ethical issues and not only social issues, economic issues, technological issues. We always want to know what is ethical and what is not ethical, and we can discuss issues connected to ethics at a very singular and personal level up to a very global level. In my country, France, for instance, today people are discussing the case of a young boy who has been in a coma during the last 10 years and the family does not know what to do: these are very important debates. We have also many debates on abortion and many issues dealing with death and life, but not only: many people want to discuss corruption, which has something to do with ethics. Many people have also ethical preoccupation for the future and not only for today. Today it is very common to say that we are living in “presentism”: that means that we are involved only in day by day issues. This is not true. There are many people who want to think about environment, for instance, or about future generations and these are ethical issues too. Thus, I think that the problem is not to know if politicians or politics are ethical. The problem is to understand how we can organize democratic debates within the liberal state where ethical issues are seriously discussed and politically treated. This is my first point. We need a political treatment of ethics and not only trying to have more ethical politics.

Ideology: my second point. As you may remember, at the very beginning of the 19th century ideology was designed by a group of thinkers that wanted to consider it as a field of research and studies like sociology or anthropology. Then, this issue generated an important debate because in the 50s and 60s some thinkers introduced the idea that we were entering in an era which corresponded to the end of ideologies. It was the time of the Cold War: the term ideology was mainly referred to Communism and Marxism and to the doctrines connected to the regimes in the Soviet Union.

Then we had the collapse of the wall in Berlin, the work of Fukuyama etc. We thought that if it was the triumph of democracy, there wouldn’t be space for ideologies anymore. The word ideology lost its importance in our debates: it is much less important today than it was many years ago. This does not mean that there are no ideologies today, but we don’t have big fights between big ideologies. What is happening now is very different: we introduced different categories such as “fake news”, “alternative facts”, “post-truth”. According to my point of view, we shifted from a debate on ideology to a debate on the way we learn and the way we accept what other people say.  My point is that we should try to understand more about how we shifted from the system of ideologies to this new world of information and communication.

Third point: religion. I come from a country, France, where this issue has been always very important. We have a law which is called the law of 1905 – the year when it was voted- and the title in French is “Loi de séparation des Eglises et de l’État”: this law aimed at separating churches, which meant at that time the Catholic Church, from the state while everybody could have religious opinions in his/her private life. Nevertheless, this is an extreme case. In many other liberal democracies, there have always been more connections between religion and the state, such as political parties like Christian-Democratic Parties.

Thus, the problem here for me – and I was happy to hear somebody quoting Charles Taylor – is the following one: if we want to make possible the articulation between the liberal state and religion, there are some conditions that are absolutely important. The first condition is the secularization of religion. If religions are not secularized, they will have – not necessarily, but in many cases – the strength not to accept the liberal state in some of its statements. Of course, on the other side, that of the State, the condition is that freedom of expression, freedom of conscience etc. If you don’t have these two conditions being accepted by both the State and the religion, you will have either persecution and violence, either extremism and radicalization.

Thus, what is the problem? (And now I will speak as a sociologist.) The problem is that we are not moving from a traditional world with non-secularized religions to a world which is more and more secular: it is not like this. Religion is a little bit like culture: it is permanently changing. As in the title of the famous book The invention of tradition, we should also talk of the “invention of religion”. Religions are changing, which means that in many different places we can have a process of secularization, but in other cases a process of de-secularization or invention of new forms of religious life: which makes the challenge that I am proposing today much more difficult. People don’t speak only in the name of tradition, but also in the name of what they are inventing day after day. We cannot accept the idea that modernity is contrary to religion. The problem is how liberal states can organize or participate in the organization of religious life when you have processes of radicalization, de-secularization, inventions of religions that will not accept some aspects of the secular state.