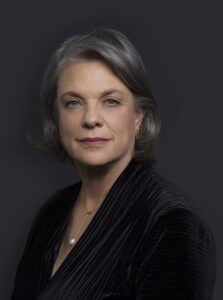 I think we we all know very well the problems that liberal democracies are facing and we all agree we’re facing a challenge. The question is: where do we go from here? I wanted to remind ourselves of a very constructive and helpful concept that lies at the foundation of liberal democratic thinking, Rawls’s term of the “overlapping consensus”. I think this is what we should be looking for – especially in diverse and heterogeneous societies, and most societies are now, in fact, diverse and heterogeneous. Rather than getting into a fundamental discussion meant to settle inherent conflicts between comprehensive sets of beliefs, we should seek overlapping agreements and act upon them. This sounds easier than it is in real life, because when you try to define what should be included in the overlapping consensus and what should stay out, you are drawn into the conflict you are trying to avoid.

Israel is facing a political crisis: months after the last one, it is going towards a new election, one that is highly centered on questions of State and religion. So at least for Israel, but I think for other Middle Eastern countries as well, State and religion are issues that are really challenging, they demand concessions but also to draw limits on where we can and cannot compromise. I think one of the issues that maybe we haven’t been discussing enough is exactly this important question of what is a reasonable compromise. If we want to revive liberalism or if we want to revive the left, we have to keep in mind the set of values we cherish. How often and under what circumstances are we ready to compromise these values in order to have a functioning political system? And how often and in what ways are we going to fight when we reach a point that we think is, for us, unbearable or unacceptable?

At least two important points come to mind. First of all, is that for the liberal world it is incredibly important to recreate its own political and normative discourse. I think that for a long time we, both as activists, maybe also as philosophers or political theorists, we have surrendered too much to the legal sphere. Liberalism became legalized, and liberals too often approached the courts to save them, assuming they would forever be liberal. This created a situation whereby the main thing that liberalism fosters is respect for the law – which I wholeheartedly endorse: but respect for the law in not enough. Without creating a sound ideological basis among the people so they can understand and cherish the values on which the court operates, it can create suspicion and disbelief in the courts (as well as in their supporters). This is what accounts for some of the social cleavages we’re witnessing today, and maybe also for the hostility to the courts which is becoming a worldwide phenomenon. Courts are under attack as they are identified with the global elites and with a liberal, maybe a neoliberal, set of principles.
In short, liberals were omitting their duty to do the legwork and spread their ideas.

In one of the Seminar talks someone spoke angrily about the way religious movements are creating a basis for the future. Many liberals resent such moves, but trying to create a moral basis for your survival should be the norm. Political movements, ideological movements and normative movements have a duty not only to get it right theoretically, get all your conceptual framework clear, but also to educate others to follow these principles, because otherwise they are left without an audience. For many years now, liberals were reluctant to do that and therefore a vacuum was created; and into this vacuum, many other ideologies entered and they have acquired considerable power. Nowadays liberals are lacking the infrastructure that could provide the ideological and political base to win back the support of the people. That’s the first point that I think is extremely important.

The second point is that in a world where identity and rights somehow often come into conflict, I think it is very important for all of us to widen the sphere of rights discourse in order to allow people to understand that the language of rights applies to them – and not only to the other. When people think about human rights, if you ask somebody on the street what human rights mean, they usually think human rights as a tool meant to defend the other, rather than something that protects them. I was for some years the head of the Civil Rights Association in Israel, and I used to say to the people in the association: “I know that your passion is somewhere else, but unless you go out and defend the basic rights of Israeli citizens – the right to education, shelter, minimum wage, etc. – when you approach them asking them to support you in your defense of the rights of minorities, refugees or political prisoners, you won’t have an audience”.

At the end of the day, there are many social and economic rights that are not defended and people should understand what are the core rights that liberals hold and cherish, and understand who important they are for them, in their daily struggles. Owning or re-owning the rights language is extremely important if we want to redefine the way forwards. In the present political climate, if we wish to defend democracy we should try to develop a language that will allow us to re-enter into a meaningful political conversation with people from all walks of life.

To conclude, I would say that there is a great need to match theory and practice, so I’m happy that this panel includes practitioners and theorists alike. At the end of the day, theory is not going to filter down on its own. It needs support. Historically, there was always a tradition of democratic teaching and I think it is very important to renew it, hence I welcome and congratulate Reset for taking upon itself part of this task.