Who we are Committee Giuliano Amato 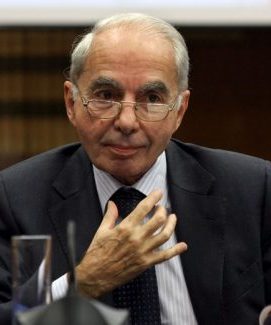 Giuliano Amato is a Judge of the Constitutional Court of Italy, since September 2013. He served as Secretary of the Treasury in Italy and was the Italian Prime Minister in 1992-93 and in 2000-01. From 2006 to 2008 he served as the Minister of the Interior. He was the vice-chairman of the Convention for the European Constitution. He has chaired the Istituto della Enciclopedia Italiana Treccani and the Center for American Studies in Rome. A Professor of Law in several Italian universities and abroad, he has written books and articles on the economy and public institutions, European antitrust, personal liberties, comparative government, European integration and humanities. He has served as the Chair of Reset DOC’s scientific committee from 2003 to 2013.