Seib Abdushukur sits behind a large desk. A robust figure, with a dark, long, well-groomed beard. He wears a white turban on his head, his body is wrapped in a long black mantle that reveals only his bare feet. A large white flag with black writing reciting the Shahadah, the oath of faith to the Islamic religion, hangs on the wall behind him. Numerous young mujahideen sit around him. They all have long beards, loose robes and hold Kalashnikovs in their hands. Their index fingers lean lightly on the triggers, ready at any moment. “We are here to apply Islamic law, which is perfect and complete for every human need,” says Abdulshukur. He is the president of the court of appeal in Ghazni, a stronghold of the Taliban three hours south of Kabul, not far from the border with Pakistan. It was previously held by the pro-Western government, until August 2021. Since NATO troops left the country, the Taliban have transformed it into a court where Sharia law is applied, the law underwriting the Islamic Emirate of Afghanistan.

One after another, small groups enter the room. They sit in front of Abdulshukur and expound their problems. The president of the court of appeal listens and then expresses an opinion in accordance with the principles of Sharia law. This includes cutting off the hand for thieves and stoning for adulterers. However, such strict measures have never been put into practice in recent months, unlike what happened under their first government (1996-2001). “This responds to a specific goal of the Taliban,” says Lutfurrahman Aftab, who teaches Islamic history at Mili University in Kabul. “Since they returned to power, they have been facing a very difficult situation due to international isolation, economic crisis and the continuous attacks by Isis K. Therefore, they are trying to overcome it by adopting more permissive policies. If they show too cruel a face they would be even more isolated and wouldn’t be followed by growing sections of the population”.

The consequences of these new policies can be seen on the streets of Kabul. Some men dress in Western clothes, with jeans and shirts. Several women walk alone, some wear the full blue veil that covers the entire face, but many others simply adopt a simple headscarf that reveals abundant strands of hair, in the Iranian style. In hairdressers, boxes of women’s products are displayed showing girls with uncovered faces. Some young men listen to music in homes and cars. This is strongly prohibited by Taliban ideology and would have been immediately punished under the previous Taliban government. 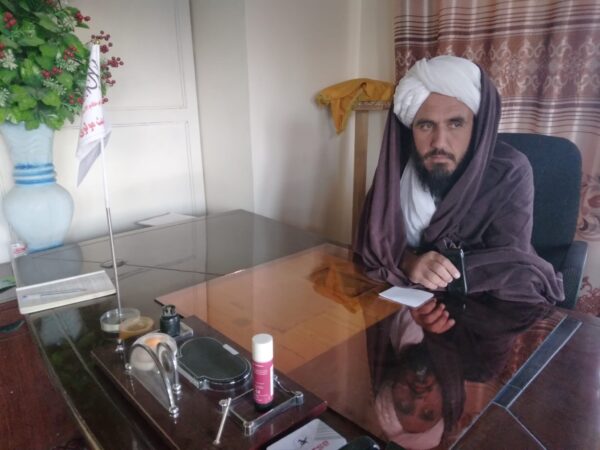 There is widespread poverty on the streets. Numerous groups of homeless people hang out on sidewalks and smoke opium. Endless groups of children cling to the sleeves of passersby’s jackets asking for money. Since Western troops withdrew, Afghanistan has been experiencing an unprecedented economic crisis. 22.8 percent of inhabitants are facing life-threatening levels of food insecurity. Among these, 8.7 million are experiencing famine, the most acute phase of a food crisis. With the arrival of the Taliban, millions of dollars in aid from the West disappeared overnight. The United States have frozen the bank accounts of the Afghan state to prevent them from falling into the hands of the mujahideen. Then they isolated the country from the international financial system. Banks encounter great difficulties in carrying out international transactions; families and businesses struggle to withdraw their savings and companies are unable to transfer money abroad. International trade is therefore collapsing, with catastrophic consequences for an import-driven economy. The lack of liquidity prevents the state from paying public salaries, which have not been paid since last August.

The new Afghan government desperately needs to break the international isolation to resolve the crisis. They are, therefore, not applying some of the harshest rules provided by the sharia law, while on the international level they are trying to engage in dialogue with everyone, even former enemies. Waliullah Shaheen is the president of the Center for Strategic Studies of the Foreign Ministry of the Islamic Emirate of Afghanistan, a sort of think tank that deals with the Taliban’s foreign policy. “Even if they don’t say it openly, everyone wants to talk to us” he explains. We are having fruitful dialogues with China, Russia and Turkey. Western governments need more time because they must accustom their public opinion to the idea of having us as interlocutors after having told them for twenty years that we are terrorists. It is only a matter of time. They have no alternatives. We are the only ones who control the territory and the only ones who can guarantee that Isis K does not create a territorial state in Afghanistan”. A former Al Jazeera journalist, Shaheen represented the Emirate at the international conference on Afghanistan in Islamabad in December. “There were Americans, British, Germans, Italians, representatives of the World Bank and the United Nations,” he says.

The Emirate wants to be recognized as a legitimate Islamic state founded on Afghan culture and not on the Western one. Shaheen continues, “establishing democracy is a time-consuming process for which our society is not ready. Our people are very attached to our religion and our culture, it is not possible to impose another type of system on us with bombs. If the West understood this, we could become good friends. We are a national movement; we do not want to export jihad out of Afghanistan. Indeed, we are fighting ISIS for you too“”. The reference is to the violent repressive campaign that the Taliban are waging against Daesh cells, which was requested of them by the United States in the 2018 agreement, when the withdrawal of NATO troops was planned. 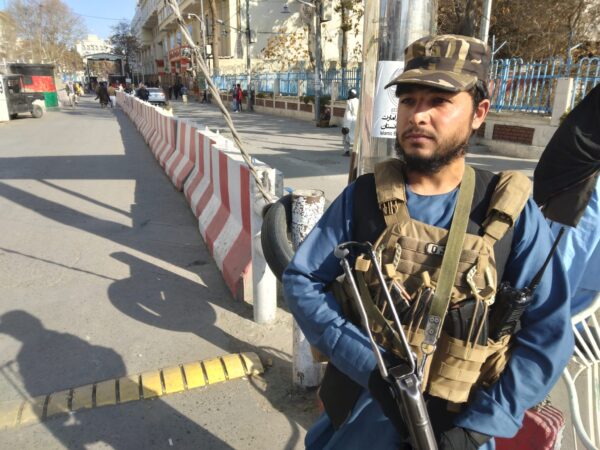 According to American geopolitical analyst Andrew Spannaus, the United States has in fact already recognized the Taliban as interlocutors for years. “Washington wanted to leave Afghanistan while maintaining indirect control over parts of the country, especially the Kabul region, through the previous pro-Western government. It was not expected that this would collapse so quickly, but this has not altered the American general plan: the withdrawal was planned to increase the frictions between China and Russia. The Americans hoped that Moscow and Beijing would occupy the space they left in Afghanistan, and end up clashing or competing”.

In fact, China and Russia have started to penetrate the country after the American departure. Shaheen confirms that Chinese are promising huge investments in exchange for the repression by the Taliban of ISIS cells made up of Chinese citizens of Uyghur ethnicity living in the country. Meanwhile, Russia considers Afghanistan part of the post-Soviet space and therefore part of its own natural area of influence. According to Yury Krupnow, president of the Institute for Demography, Migration and Regional Development of the Russian Federation,“Moscow is ready to follow the diplomatic steps of formal recognition of the Emirate. We are already working with the Taliban government by providing humanitarian aid to the population. We are not asking the international community for permission because it is impossible to receive a single answer, given that all the major powers have different positions on Afghanistan”. Russia’s priority is for Afghanistan to become a stable country, incorporated into the Kremlin’s area of geopolitical influence and administered by a strong government that includes all main tribes and ethnic groups that form Afghan society. According to Kruonov, inclusion and respect for human rights are requirements for the Taliban government to be recognized. “We have to acknowledge that democracy needs a long time to arrive in Afghanistan, if it will ever arrive. We must not export it with violence as the Americans tried to do, we have to intervene immediately with humanitarian aid and pushing for the inclusion of all the main ethnic groups in the Emirate”.

Afghan society is made up of around 50 different ethnic groups who speak 30 different languages. The Taliban fall within the Pashtuns, and the main group itself is divided into multiple tribes. Following international pressure, the Islamic Emirate announced it was ready to accept representatives of the other main groups in the government, starting with the Hazara, a Shiite, Persian-speaking population. They are therefore considered Iranian proxies in Afghanistan. In the Ghazni appeals court, Abdushukur orders the release of Hazara prisoners jailed during the previous government. “You see, Sharia law is right for everyone,” said Osama, a Kalashnikov-armed Taliban who oversees the release of prisoners. 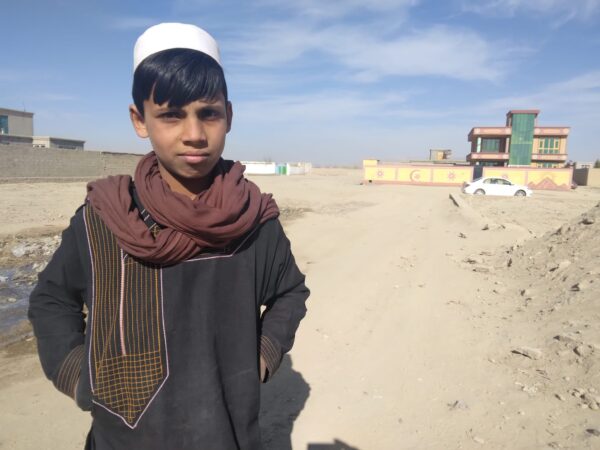 Iran agrees with the Russian demands for inclusion and stability in Afghanistan. “Tehran’s long-term goal is that Afghanistan has a stable and inclusive regime in which the interests of the Islamic Republic are defended by Hazaras” explains Abdolrazool Disvallar, Associate Professor at the Catholic University of Milan and at the European University Institute of Florence. Being that Iran directly borders Afghanistan, Tehran needs stability to manage some major issues that directly affect it, including massive illegal immigration, opium trafficking and the presence of ISIS. “It is not excluded that in the future Iran will recognize the Islamic Emirate or otherwise collaborate actively with it” continues Disvallar. “For this to happen, the Taliban must meet four conditions: inclusion of all major ethnic groups in the decision-making process; willingness to collaborate in a pragmatic way on common problems, such as border security and management of shared water resources; protection of Hazaras, which is deeply felt by Persian public opinion; banning potential growing influences of countries hostile to Iran, such as Saudi Arabia. If Riyadh manages to set up bases in Afghanistan, it would be a serious threat”.

As the great powers compete to divide the Afghan theater, the country’s geopolitical future remains fragile and uncertain. The same goes for the fate of the population. Over the past five months, the streets of Kabul have been filled with second-hand markets. Everywhere, one comes across makeshift stalls selling household products families are trying to get rid of. The goal is to put away some money to flee abroad or pay for a one-way trip for a child. People flee for various reasons: the devastating consequences of twenty years of war; the Taliban; ISIS K attacks; but above all because of an economic crisis that is affecting everyone without distinction, from which there appears to be no way out.

If you like our analyses, events, publications and dossiers, sign up for our newsletter (twice a month)   and consider supporting our work.