Russian Liberalism at a Crossroad?

For many historians, political scientists, and philosophers, understanding contemporary Russia is perplexing. For a long period of time, Russia and, previously, the USSR, had been an arena of perpetual struggle between two leading cultural and social forces. Russian history has been characterized by an intellectual balancing act between “zapadnichestvo” (liberalism in Russian; a Western-influenced system of values based on Western democratic ideals of free market and personal freedom) and “pochevennichestvo” (a conservatism which refutes Western values with a strong orientation towards ‘Russian soil’, the religious traditions of the Russian Orthodox Church, strong social and administrative order as well as the precedence of communal life over individual freedoms).

There has been a significant change in the reality of Russian political life in the last decade. Liberalist ideas, although not completely defeated, have lost a great deal of its following and support. Although it certainly still has its audience, the novelty and attraction towards liberal hopes and ambitions has subsided. This is why support for the present Russian regime and its elite class is much more manifest in sociological surveys than that of its critics. The ‘way of specifically Russian development’, it must be said, is not incorporated into isolationism but, rather, is concerned with the strengthening of Russia’s relations with its Eastern partners, China is particular.

To understand this new Russian phenomena and to construct an appropriate way of relating the country to those of Europe, considering their historical differences in domestic and international attitudes, is a challenge. It is no longer possible to establish cultural and social relations with Russia based on previous traditional understandings of the nation – a new approach is to be sought. A colleague of mine from West Africa, on her return from Moscow, recounted her surprise at seeing the city so seemingly capitalist, even more so than some in the West. The city life seemed joyous yet orderly to her, with a underlying sense of personal liberty and with a multi-ethnic demographic different to those of European and Asian cities. So what exactly is going on with Russia right now? What’s the matter with this country? Has it made some sort of sharp social and intellectual turn recently? If so, what can we say about the direction of this turn?

By focusing on the history of Russian liberalism, its present conditions and the expression of liberal values in different areas of social, economic, political and administrative life, Reset DOC’s project refers to this topic and attempts to answer these questions. They have produced a very ambitious action plan, namely, in organizing a series of Workshops discussing this theme and to exchange ideas with some of the most relevant academics, practitioners, former top-ranking officials from Russia and from Italy, the US, UK and other European countries. The paramount goal of the Workshops is to produce a new perception of Russian liberalism in its counter-play with conservatism, to find some new key points for the future re-shaping of Russian relations with the EU and for the mutual understanding of the country’s internal intellectual, social, economic and political processes.

Several Russian intellectuals have agreed to participate in the Workshops such as top representatives of the Yeltsin era’s political leadership like Gennadij Burbulis, Segey Shakhray, Evgeny Yassin, and leading researchers from the Higher School of Economics (Moscow and SPb), Russian Academy of Sciences, Liberal Mission of Russia, and MGIMO.

The subject of discussion will revolve around an exploration of the principal recent periods in which Russian liberalism has developed – all the way from its pre-revolutionary emergence to its present decline and the pressure imposed by political and administrative system of Russia. The ultimate goal of the Workshop and of Reset’s project in general is to understand how Russia, with its current orientation away from mainstream of world liberal order, can adapt to the new world order and how this could to transform Russia itself by allowing for a renaissance in Russian liberalism despite the decline.

The international conference  Dimensions and Challenges of Russian Liberalism is organized by Reset Dialogues on Civilizations in partnership with University of Turin, Institute for European, Russian and Eurasian Studies (IERES) – George Washington University and William&Mary College.

It will be held at the University of Turin – Aula Magna of Rettorato – in via Verdi 8.

Reset DOC has also recently published two monographs on Russia, both available in .pdf  from our website: 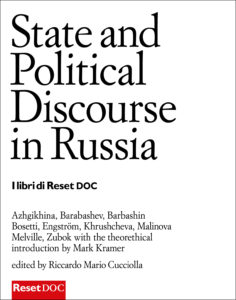 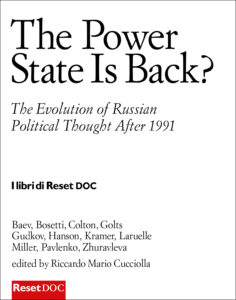