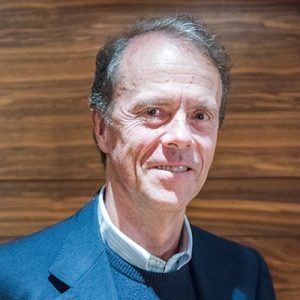 In memory of Heini Thyssen, our first president

Georg Heinrich “Heini” Thyssen-Bornemisza left us at the end of September, at the age of 72. He had served as full president of the board of governors of Reset Dialogues on Civilizations since its founding in 2005. Heini was an entrepreneur at the helm of the industrial group TBG and had distinguished himself over the past decades for significant donations to the Jonas Salk Institute for Biological Studies, a leading research center in La Jolla, California, which enabled, among many other cutting-edge initiatives, the establishment of the NOMIS Center for Immunobiology and Microbial Pathogenesis. With ResetDOC, he made a personal commitment to support our work in the field of intercultural dialogue, the promotion of pluralism and the defense of human rights. He had personally developed, from our meetings, actions to support Muslim intellectuals carrying liberal and reformist visions and others directed toward the renewal of environmental culture. Heini passed on the presidency of Reset Dialogues Europe and America when he took the chair of his newly created NOMIS Foundation in 2008, a powerful structure aimed at promoting innovation in basic and foundational science. From now on NOMIS would also become a valuable donor to our cause and Heini still followed our Association with insight, passion, and constructive criticism.
The Boards of both associations, the European based in Milan and the American based in Boston, express their condolences and sympathy to Heini’s family and are honoring his memory, his generosity, and his passion in committing to the goals he shared with us over the years.

On November 25, 2022, at 19.30, his son Simon, with his mother Katharina Kahane Meran, and other family members have organized a mass in his memory in the parish church of Sankt Michael at Michaelerplatz in Vienna, Austria.