In the past few years, the Seminars held in Istanbul in collaboration with Bilgi University have discussed topics such as 1.Postsecularism (2008), 2.Religion, Human rights and Multicultural Jurisdictions (2009), 3. Realigning Liberalism: Pluralism, Integration, Identities (2010), 4.Overcoming the Trap of resentment (2011), 5. The Promises of Democracy in Troubled Times (2012), 6. The Sources of Political Legitimacy. From the Erosion of the Nation-State to the Rise of Political Islam (2013), 7. The Sources of Pluralism. Metaphysics, Epistemology, Law and Politics (2014), 8. Politics Beyond Borders. The Republican Model Challenged by the Internationalization of Economy, Law and Communication (2015), 9. Religion Rights and the Public Sphere (2016), 10. The Upsurge of Populism and the Decline of Diversity Capital (2017).

The proceedings of the Seminars are published by the journal Philosophy & Social Criticism, Sage publications.

The 2018 and 2019 editions of the Seminars were held on the Island of San Giorgio, Venice in partnership with Ca’ Foscari University, Giorgio Cini Foundation, Mominoun Foundation and the NOMIS Foundation, the topics were: “Fountainheads of Toleration – Forms of Pluralism in Empires, Republics, Democracies” and “Sources of Democracy: Citizenship, Social Cohesion, and Ethical Values“. 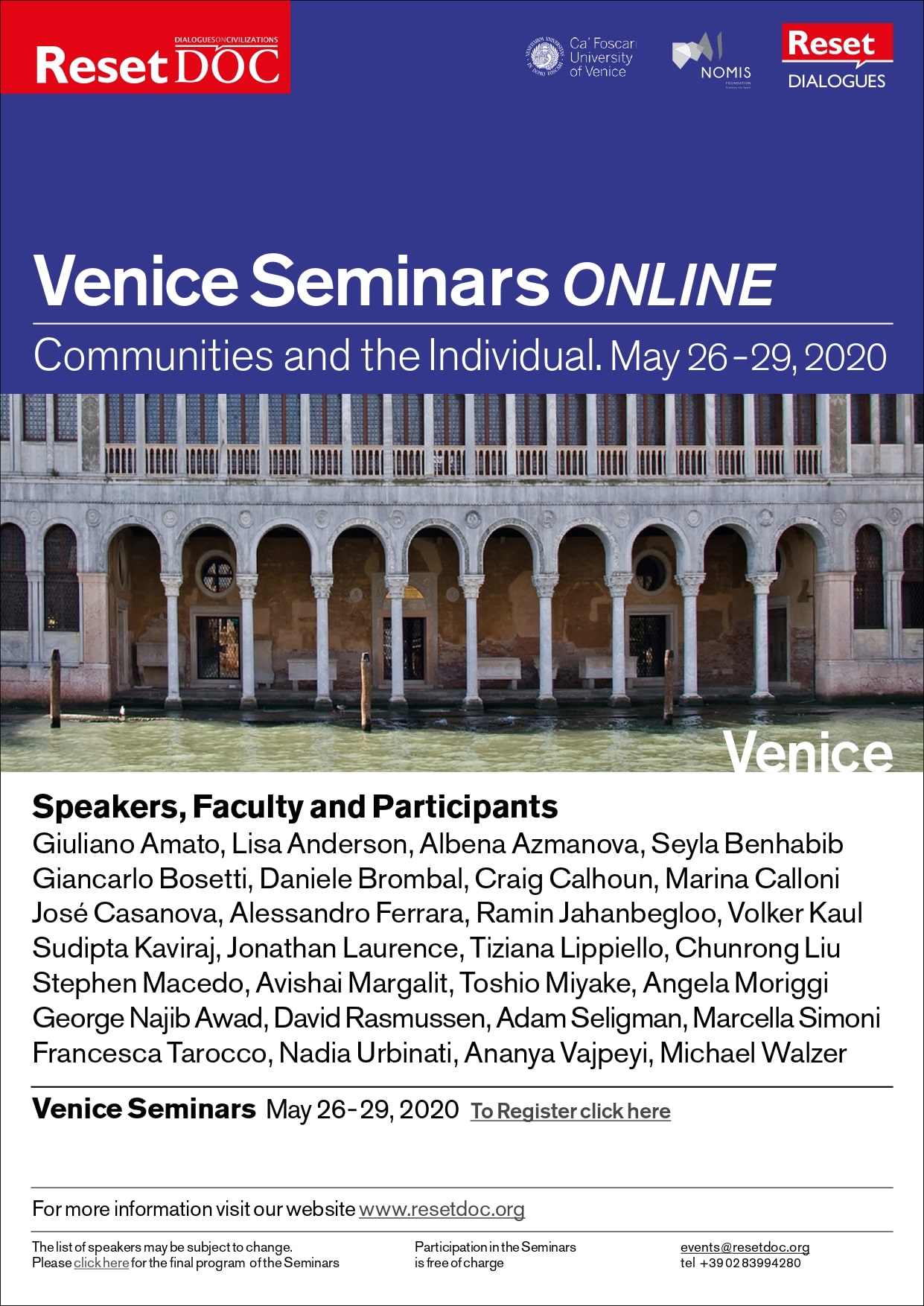