“Overcoming the Trap of Resentment“

Istanbul Seminars 2011 centered around the issue of Europe trapped by resentment and fear, a Europe dealing with new waves of immigration with hope but also with uncertainties arising from the uprisings in Arab counties. The Old Continent, overwhelmed by feverish incitement caused by lepenism as well as other localisms and anti-immigrant movements has been placed under observation by the South and the East (from the Maghreb to Turkey, lands of emigrants) but also by the West (the United States, a land of immigrants). 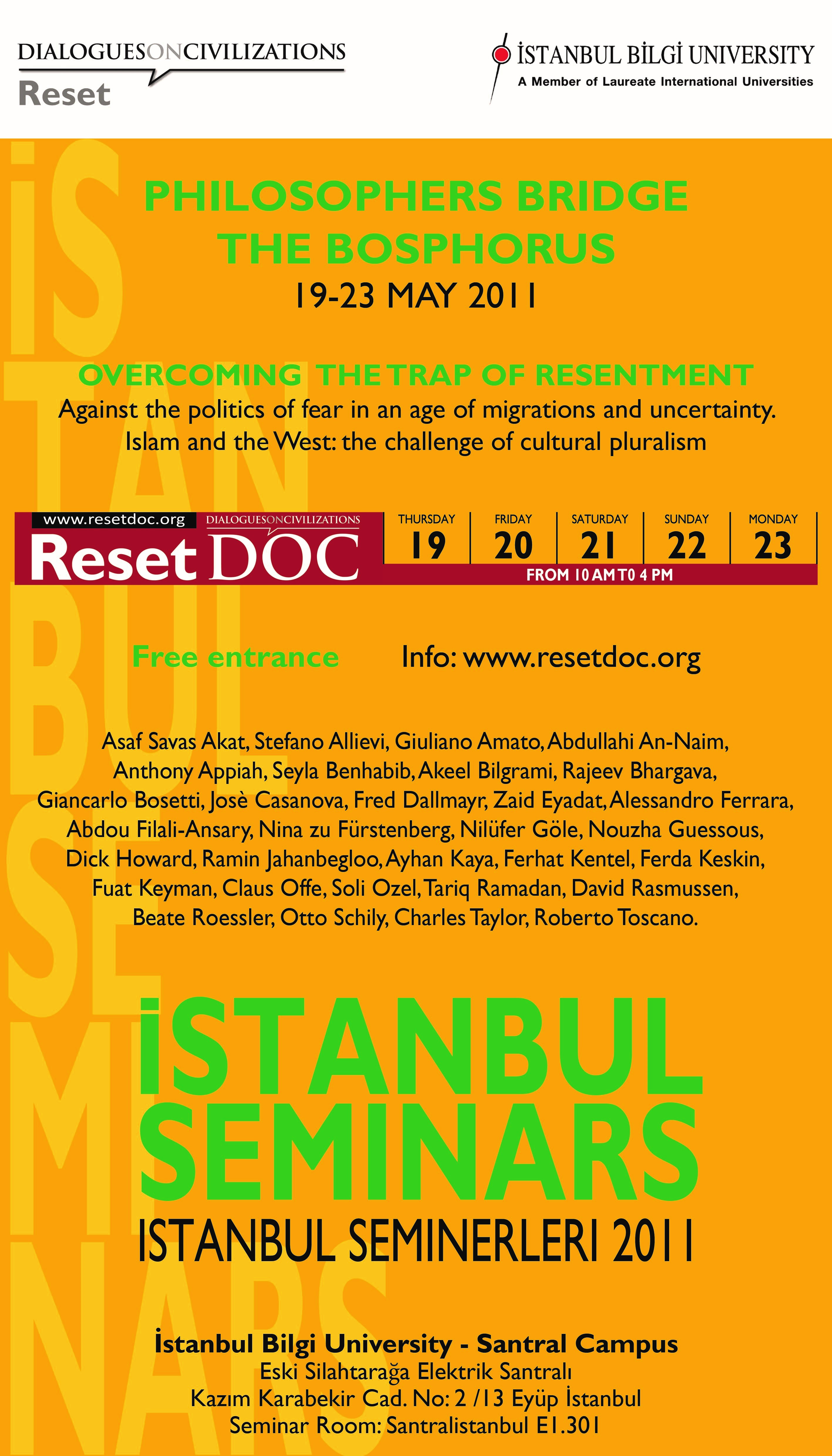