‘Honor killing’, ubijstva chesti in Russian, is fairly common in Chechnya where homosexuals are often killed by relatives in order to preserve the family’s honor from the shame they have brought.

Humanitarian organizations, primarily LGBT Network, who have offered shelter to the victims in order to help mediate their release, have denounced the violence which the inmates have had to suffer, ranging from being beaten with rubber tubes to electrocutions.

Regardless of the significance of the events, Russian society has remained silent in their regards. According to the polls, most Russians still consider homosexuality as a disease. A return to traditional, orthodox values is being used as a political tool, aimed at reaching specific goals both at home and abroad which may explain the silence of the authorities in regards to this case.

The Russian federal law “for the Purpose of Protecting Children from Information Advocating for a Denial of Traditional Family Values”, also known as the gay propaganda law, was approved by the State Duma on June 11th, 2013.

Its vague formulation leaves room for different interpretations and, therefore, applications. The law punishes with severe fines or with the expulsion from the country – in case the crime is committed by a foreigner – those who propagandize “non-traditional sexual relationships”. The Venice Commission of the Council of Europe, together with NGOs like Amnesty International and Human Rights Watch, condemned the text as highly discriminatory and expressed concern about the possibility that this law could represent a base to justify homophobic violence.

Since 2006, gay pride parades are no longer authorized in Russia. The recent episodes of violence in Chechnya did not receive much attention in Moscow. The only newspaper that briefly spoke of this issue was the Novaya Gazeta, which has also been sued for defamation by the Chechen authorities.

Russian public opinion has not shown much affection for this cause. Rather, Levada Center polls suggest an interesting change of opinion on this topic from 2013 to 2015, before and after the Ukrainian crisis. The most notable data is that which concerns the negative attitude towards homosexuals: the number of those in favour of homosexual freedoms decreased from 31% to 25%; the number of those who are personally uncomfortable when interacting with homosexuals has risen from 16% to 22%.

Most importantly, the poll assessed that 37% of respondents maintain that homosexuality is a disease to be treated medicinally.

Perhaps this data would not be too dissimilar in ‘advanced’ countries where such judgements are considered unacceptable. These countries, however, simply do not have restrictions towards homosexuals similar to those of Russia.

Morality as a political tool

In such a strongly traditional society as the Chechen one, it is simply unacceptable to be homosexual. However, there are some elements suggesting that it is not entirely a persecution from a moral standpoint. The Novaya Gazeta reports that some of those arrested were affiliated to the head of religious affairs in Chechnya along with two famous TV hosts; leading to the suspicion of this being a fairly efficient way to eliminate opponents of Ramzan Kadyrov’s regime.

It is however worth reflecting on another point which goes beyond the Chechen episode. Following the Ukrainian crisis, the Kremlin began to insist, in a particularly insistent manner, on Russian cultural exceptionalism and its civilizing mission through the gradual establishment of certain personalities of a strongly nationalist tendency as opinion leaders.

From this perspective Russian values, mixed with Slavic and orthodox tradition, become “incompatible with the western liberal path, just as much as with communism”, as the Russian Cultural Minister declared in 2014. In this light, it is also possible to understand Russia’s convergence with Eurosceptic parties that espouse conservative values and oppose LGBT rights and immigration.

The political objective beneath this call to traditional values is to thus reinforce the Russian identity sentiment and consolidate consensus for the regime and its political choices, that often times are heavy to bear, not only for the economy but in terms of human losses. At the same time, these beliefs reiterate Russia’s frustration with not being considered a leader in the international arena, resulting in an assertive opposition to the West and its values, an obvious example of which would be its acceptance of sexual liberties.

Focus In / Focus Out
Other Stories 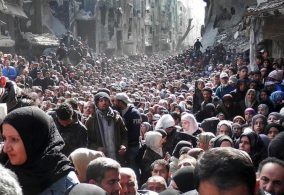 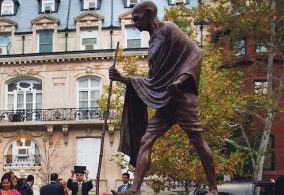