Philosophers Bridge the Bosphorus-Close encounters across all divides was the motto of this conference, that reached its 9th edition in May 2016.  Every spring independent minds from East and West, from the US, from Europe and from Arab and Muslim countries discussed and debated the prospects for democracy, human rights, secularism and religion across different cultures at a weeklong meeting.

The Istanbul Seminars have established themselves as a remarkable cultural appointment for a recognizable community of scholars, able to promote and consolidate a network of cultural, intellectual and academic relationships among senior and junior scholars in the social sciences, political theory, sociology, legal and religious studies. Thanks to its cross-cultural inspiration Istanbul-Seminars network functioned as an original think tank for research on issues which are very rarely tackled by traditional think tanks, although they are essential for the thorough understanding of the challenges facing democracy, politics and international relations in the 21st century world, due to the restriction of freedoms. 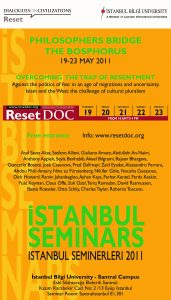 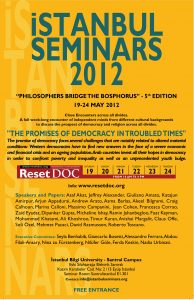 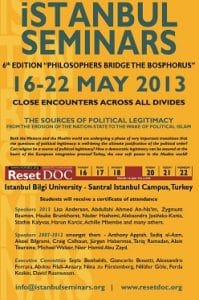 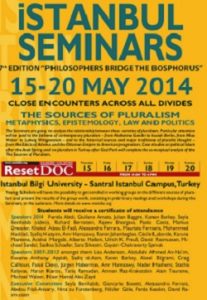 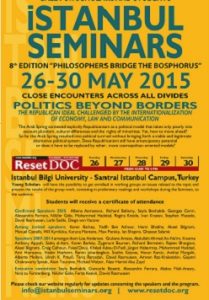 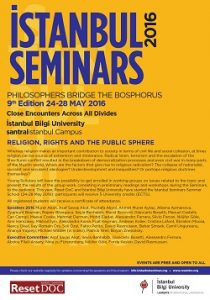 Every year, the minutes of the Istanbul Seminars were published by the renowned academic journal Philosophy & Social Criticism: 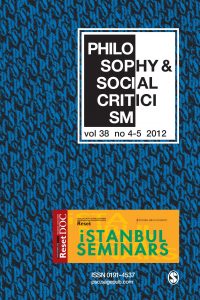 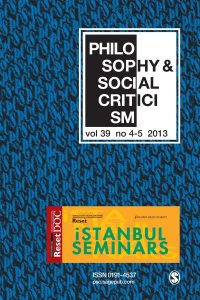 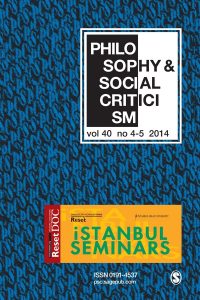 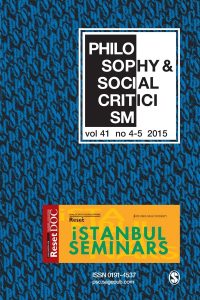 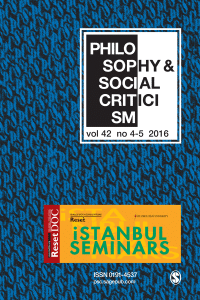 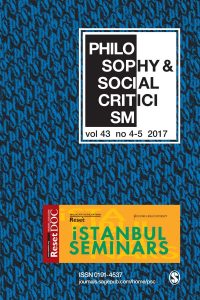 Overcoming the Trap of Resentment (2011)

The Promises of Democracy in Troubled Times (2012)

The Sources of Political Legitimacy (2013)

The Sources of Pluralism. Metaphysics, Epistemology, Law and Politics (2014)

Politics Beyond Borders. The Republican Model Challenged by the Internationalization of Economy, Law and Communication (2015)

Religion, Rights and the Public Sphere (May 2016)