This volume gathers the articles presented at the Reset DOC Istanbul Seminars 2017, which took place at the Istanbul Bilgi University from May 24 to May 28, 2016.

The 2016 Istanbul Seminars addressed the topic of “Religion, Rights and the Public Sphere”.

Introduction by Volker Kaul, Religion, rights and the public sphere

Public Sphere and the Question of Civil Rights

Amr Hamzawy, Egypt after the 2013 military coup: Law-making in service of the new authoritarianism

The Place of Religion in the Public Sphere

David M. Rasmussen, From the moral to the political: The question of political legitimacy in non-western societies

Cristina Lafont, Citizens in robes: The place of religion in constitutional democracies

Silvio Ferrari, The danger of compartmentalization: An analysis of the relationship between theology and politics through the prism of the right to freedom of religion

Religion and the Social Construction of the Public Sphere

Islam and the Public Sphere

Camil Ungureanu, Michel Houellebecq’s shifting representation of Islam: From the death of God to counter-Enlightenment

Can Cemgil, The international order and the persistence of ‘violent extremism’ in the Islamic world

Ohannes Kilicdagi, Social and political roles of the Armenian clergy from the late Ottoman era to the Turkish republic 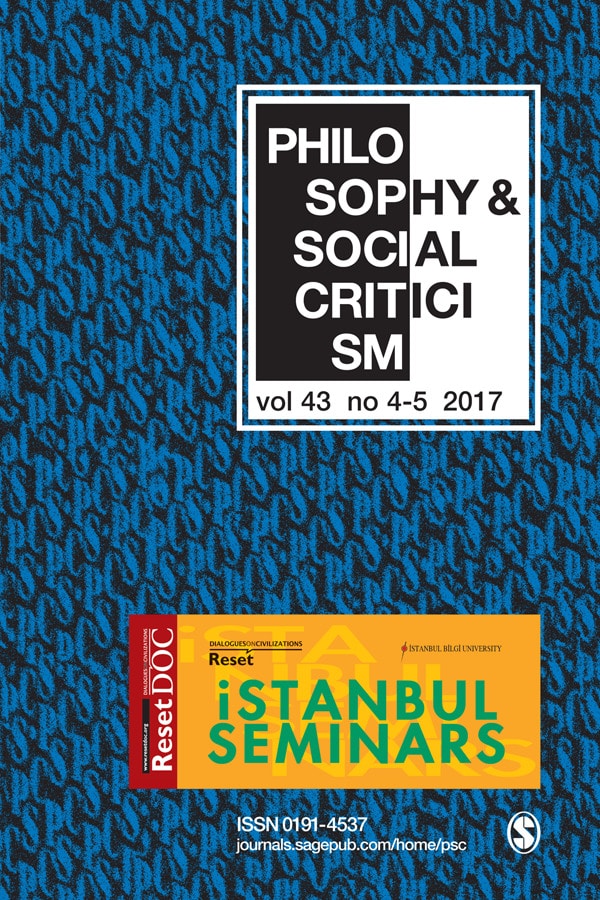