The history of Russian liberals has been marked by defeats, most recently at the 2016 Duma elections when not a single candidate associated with liberal parties has been elected. The very definition of a Russian liberalism is problematic and has been debated, both historically and analytically. Nevertheless, Russian liberals were and are a significant historical and political movement that deserves attention. Values and practices traditionally associated with modern liberalism such as individual freedom, property rights, or the rule of law often emerged ambiguously in the Russian historical experience through different forms and combinations. Liberal projects were shaped by circumstances, evolved in response to challenges and developed within changing institutional and international settings. Economic and political liberalism often appeared disjointed or in opposition to each other. Even during the late Soviet Union, after the physical destruction of the pre-revolutionary liberal intelligentsia, a discourse of human rights emerged under the surface of the official ideology. As in other political and historical realities Russian liberalism presents a hybrid, multi-faceted character. It is evident that no single Russian, or for that matter Western, “liberalism” exists. To assume -more or less implicitly- that there is a single liberal or “Western” intellectual paradigm limits our understanding of the political and historical dynamic. Therefore, empirical and intellectual contextualization of what liberalism meant at different times is crucial. Understanding of the Russian liberal experience requires a dialogue between past and present, historians and political scientists.

The conference is organised in partnership with University of Turin, Institute for European, Russian and Eurasian Studies (IERES) – George Washington University and William&Mary College.

4.00 pm – 7.00 pm – Session 1. Pre-revolutionary Liberalism and the Challenges of Modernity

Igor Klyamkin | Liberal Mission
Why the Liberal Alternative did not Sustain in Russia?

Valeryi Solovey | MGIMO
Liberals or Technocrats? Liberal Ideas and Values in the Mindset of the Russian Elite

The program may be subject to change 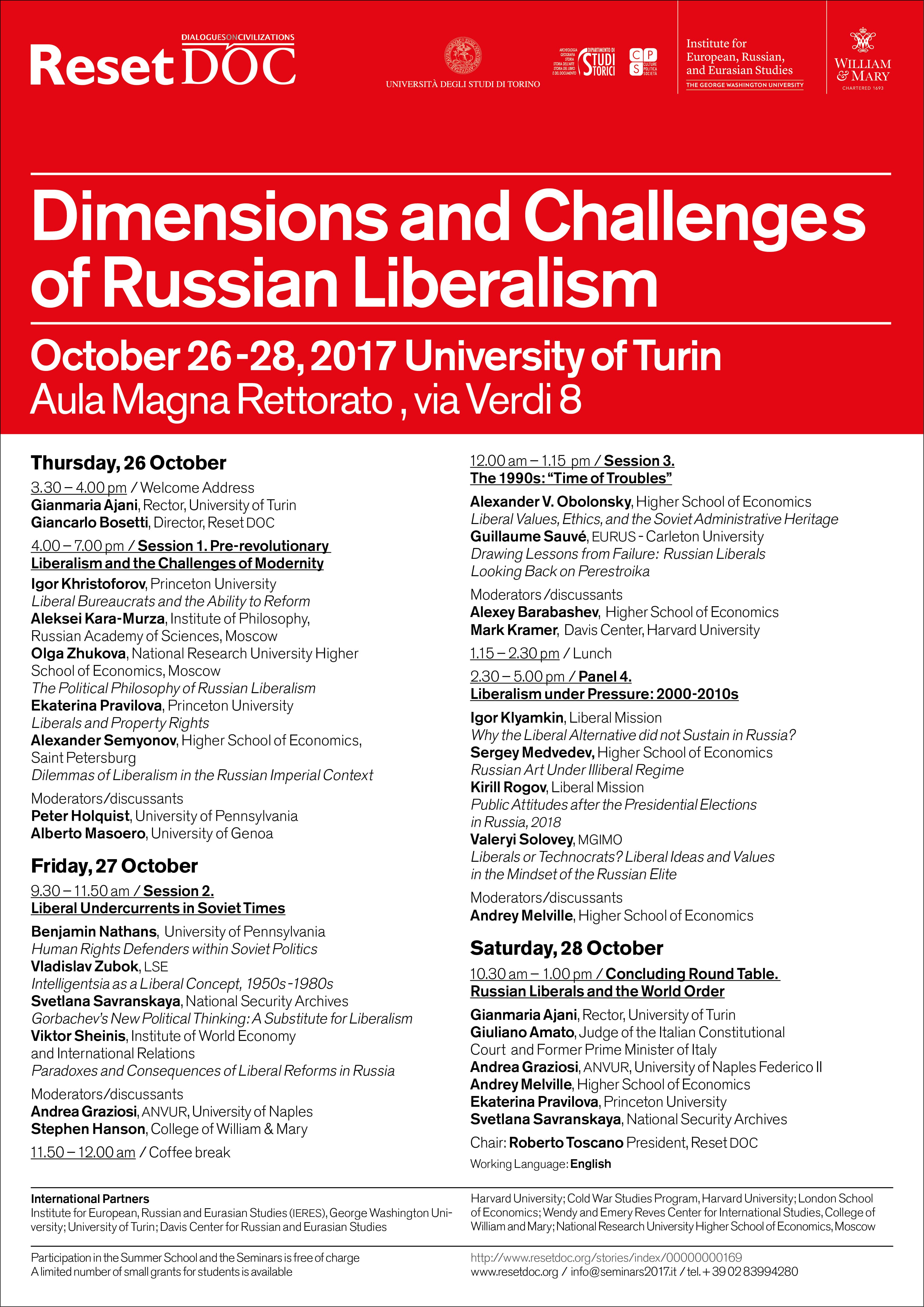