With the Arab Spring occurring almost a decade ago, the Tunisian Republic’s political, social and economic unique responses towards the upheavals of Arab Spring have continued to stand out compared to their North African and Middle Eastern neighbors. This monograph, with contributions from academics, constitutionalists, diplomats and journalists who are experts on the MENA area, is the result of a need to revisit the development of this North African country’s democratic project, which has transformed from a newborn bud to a young plant that is exposed to the elements, yet remains deeply rooted to the ground. The focus is on the dangers that the smallest political laboratory in the Mediterranean might encounter if a few corrections are not made to its course over the short-medium term: a new season of instability, political and economic, looms, if courageous and ready impulse strategies, even more urgent after the crisis from Covid-19, are not approved quickly.

Profile of a unique political laboratory

The Monographs of Reset DOC

Part I – Democracy under Construction

I. A heartfelt call to save Tunisia’s Democracy – Yadh Ben Achour

X. The Italian-Tunisian strategic partnership in the Mediterranean – Lorenzo Fanara 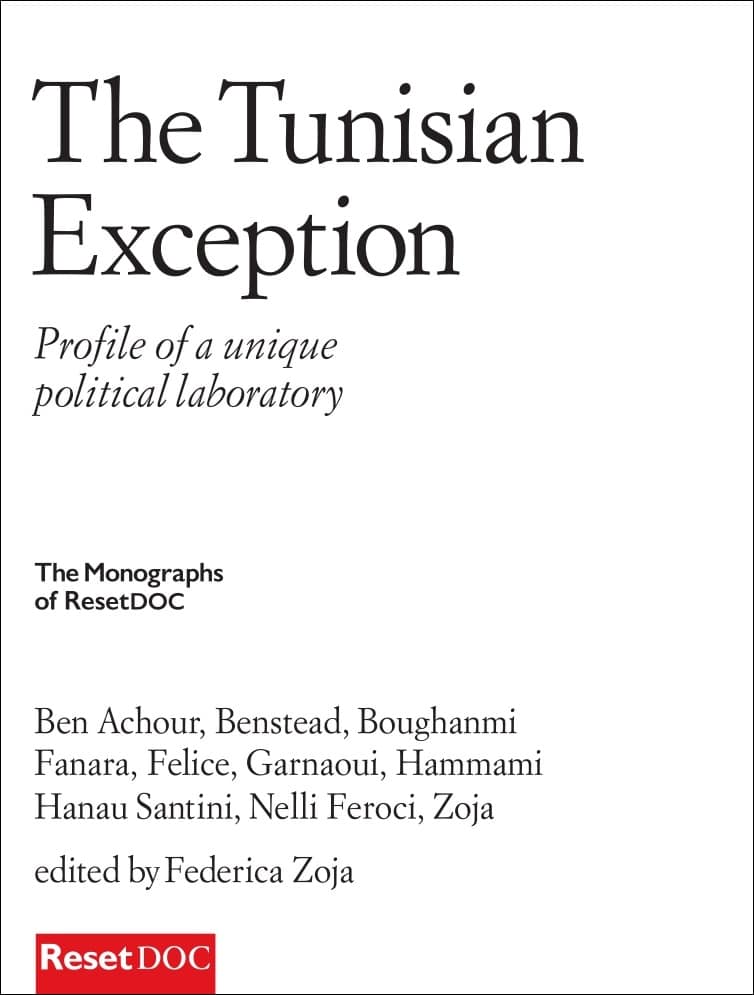