Can Libya be a state under rule of law? Which conditions are needed to make it possible? What role can traditional family ties, relations between clans and the army as well as new generations have in the process of state-building?

Set in a scenario that raises serious doubts about the potential unification of a vast territory characterized by distance, deserts and unequal distribution of resources – as well as being complicated by tribal divisions in the political arena and in social relations – this book explores the obstacles to a real state building process and the developments that could lead to positive outcomes.

The Monographs of Reset DOC

Part I – The birth of Libya as a Nation

I. The post-Almohadian Man and the Construction of Modern Libya – Massimo Campanini

II. Colonialism and the Modern State in Libya: a Difficult Legacy – Federico Cresti

III. What is a Middle Eastern Tribe? – Wolfgang Kraus

V. Libya: the Deadlock in Reaching a Political Agreement and the Problems Posed by the Democratic Transition – Moncef Djaziri

VI. Libyan political and security scenario after the Fall of IS – Arturo Varvelli

VII. After regime change, what? The missed opportunity of state building in Libya – Irene Costantini

Annex
State-Building in Libya: Reflections of an Outsider – Courtney Erwin 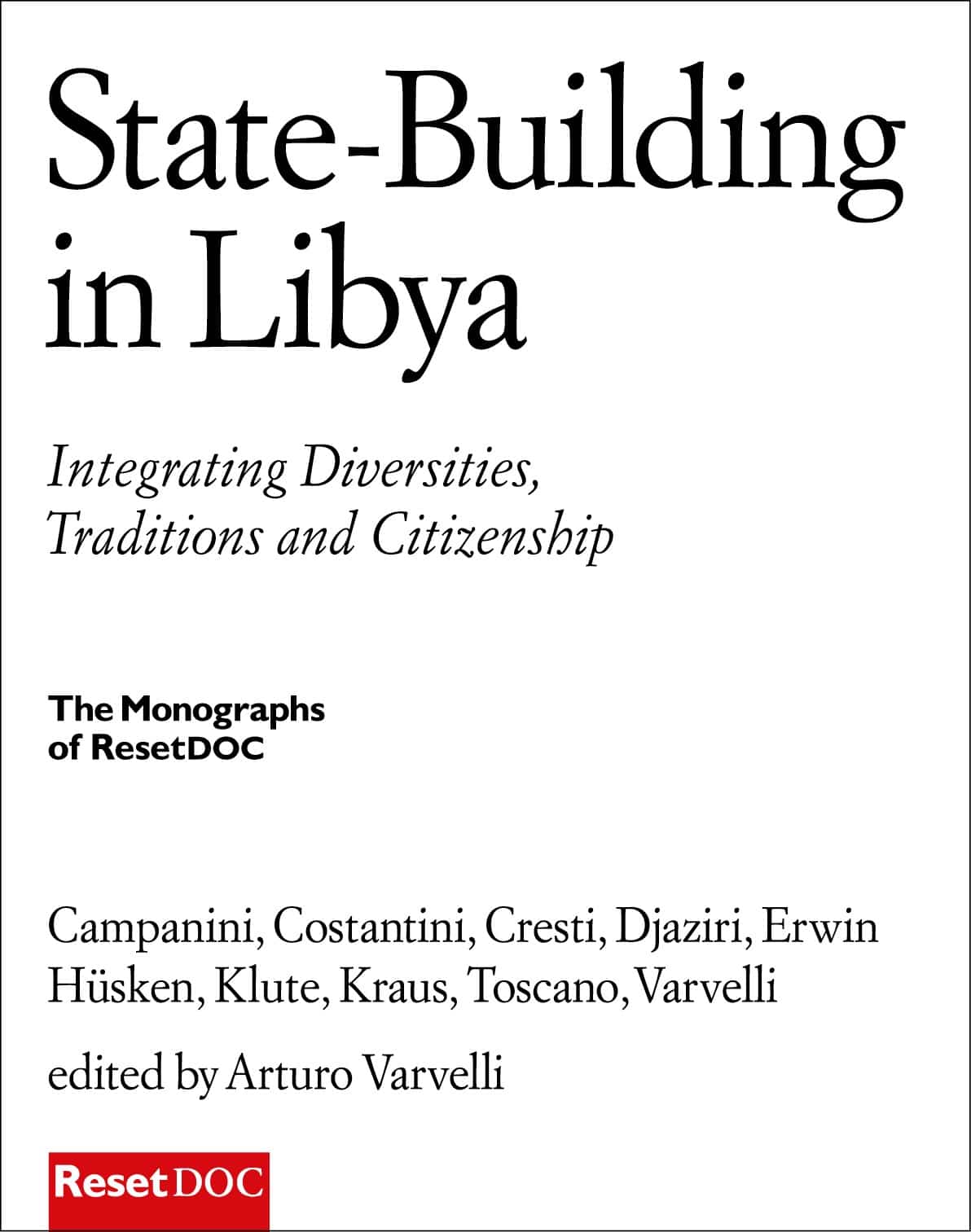