The Reset-DOC Award was presented for the first time in 2013, when it was given to the French director Laurent Cantet. The prize, established by the international cultural association Reset-Dialogues on Civilizations, is presented to an author who portrays in a film a pluralistic world, renewing concepts such as identity, human rights remembrance, citizenship, dissent, pluralism and women.

In his citation for this year’s award, Giancarlo Bosetti, director of Reset and of Reset-Dialogues on Civilizations, wrote:
“The subject matter addressed in “L’image manquante” directed by Rithy Panh impressed us because it portrays one of the most monstrous and inhuman expression of politics in the 20th Century: Cambodia under the Khmer Rouge, with the most chilling of legacies inherited from the Chinese Cultural Revolution and the totalitarian culture nurtured by ideologies, which one cannot deny also had European origins. The genocide that affected Rithy Panh’s life and inner self and destroyed his family, affected a people already devastated by the consequences of war, or rather wars, that raged in Indo-China, the result of a conflict with the Communist east and the end of the tragedies of western colonialism.

Rithy Panh has tried to imagine all this, to provide a “photograph” that would impress these events on our minds as happened with the Vietnam War’s My Lai Massacre or Robert Capa for the Republican militiaman killed by a bullet during the Spanish civil war. But he was unable to do that and had to recreate it. His is a cinema that has the power that arises from his “need”, a need that we learn to share and make our own.

Genocide, the systematic destruction of human lives, seen simply as a material obstruction to a political ideology, as harmful insects to be eliminated, is history’s most repulsive achievement. It is the consequence of the most extreme form of intolerance. Our association, Reset-Dialogues on Civilizations, in its battle for human rights, against radicalism and violence, with this award presented to this film and to Rithy Panh, suggests that everyone should reflect on this film.” 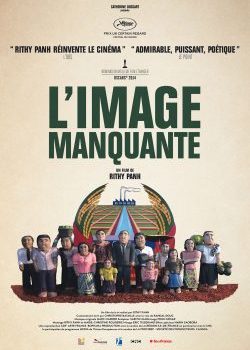