Register here to participate in the webinar.

In a throwback to the Marxist-Leninist ideology of Mao’s Chinese Communist Party, Xi Jinping’s 10 years as the country’s leader have undermined the pragmatism that defined Deng Xiaoping and his successors’ mandates in positioning China as a manufacturing and mercantile behemoth. China’s exponential growth has secured its place globally but the undercurrents that guided it in the past have been supplanted by Xi’s ideological conviction re-placing the Party at the center of Chinese political life.

It would seem that during the Congress, Xi Jinping’s thought (a shorter version of his ideological contribution, echoing Mao Zedong’s thought) has been confirmed as the guiding ideology of the country. His aggressive unifying nation building, which he sees as necessary for China’s primacy, has decimated the country’s ethnic minorities like Uyghurs, Mongols, Tibetans, and Hui Muslims. The international liberal-democratic order has decried, boycotted, and threatened sanctions on China if it doesn’t rein in its repressive measures but such calls seem to fall on deaf ears. Xi Jinping’s international vision would be based on a “more just” order, which would imply a global moral relativism that would allow China to continue to operate internally, unchecked.

Following Xi’s reconfirmation we will need to understand what precise space and role China is attempting to carve for itself on the global stage, and how. Its international infrastructure and financial initiatives have had a profound impact on the growth of a number of developing (and developed) countries, but its blatant disregard for international norms and covenants has made any form of external influence a thorny issue for many, subject to resistance. What will external influence look like for China and what does it aim to achieve over the next five years and beyond?

Its zero covid policy, recent financial bubbles, and rising international prices (to which China is not completely immune) have created some malaise among the population. Scenes of opposition and resistance to draconian lockdown measures, albeit small, have been circulating. Will civil society, which has been almost nullified since Xi’s time as Chairman, be able to gain some space for action during this third term?

The exceptional internal metamorphosis taking place within China has allowed for three consecutive terms as Chairman, something that traditional party apparatchiks would have balked at just ten years ago. But with Xi’s reconfirmation, this will perhaps mean an even stronger ideological shift, although who the new members of the politburo are be will tell us a lot about future priorities.

Beatrice Gallelli is a reseacher at the Istituto Affari Internazionali (IAI), where she works on projects pertaining to Asia, and specifically the People’s Republic of China, China’s foreign policy Italy-China relations and Europe-China relations. She is Fixed-Term Assistant Professor at Ca’ Foscari University, where she teaches Chinese language and translation. She obtained her Ph.D. cum laude from Ca’ Foscari University in 2019, and she has been a visiting research fellow at the School of Journalism and Communication, Peking University. She is currently part of the Sinophone Borderlands Survey research group, aiming at analysing China’s perception in Europe. She is the author of La Cina di oggi in otto parole (Il Mulino, 2021) and “From a Story of Disaster to a Story of Victory: Chinese Media Reports in the COVID-19 Crisis”, in Media Narratives during the Corona Pandemic. The Asian Experience, edited by Shubhda Arora and Keval J. Kumar (Routledge, forthcoming) written together with Runya Qiaoan (Palacký University).

Siegmund Ginzberg is a journalist and essayist born in Turkey to a Jewish family that came to Milan in the 1950s where Ginzberg grew up. After studying philosophy, he took up journalism and was one of the principal writers for L’Unità, a daily newspaper for which he worked extensively as a correspondent in China, India, Japan, North and South Korea, as well as New York, Washington, and Paris. In addition to the selection of writings Sfogliature (2006), he has published Risse da stadio nella Bisanzio di Giustiniano (2008), the family novel Spie e zie (Bompiani, 2015), Sindrome 1933 (Feltrinelli, 2019), Racconti contagiosi (Feltrinelli 2020), and his most recent Colazione a Pechino. Sogni e incubi di un impero senza tempo (Feltrinelli 2022).

Seán Golden is a Retired Full Professor, former Dean and former Director of the East Asia Studies & Research Centre of the Universitat Autònoma de Barcelona (UAB). He is Senior Associate Researcher of the CIDOB Barcelona Centre for International Affairs and former Associate Professor of the Barcelona Institute for International Studies (IBEI). He taught at the University of Connecticut (USA), Notre Dame University (USA) and Tianjin International Studies University (PRC), has been a visiting professor at Università Ca’Foscari Venezia (Italy) and Universidade de Coimbra (Portugal), and a visiting researcher at the Chinese University of Hong Kong and Hong Kong Polytechnic University. A specialist in Chinese thought, politics, and international relations, he is the author of numerous publications in East Asian Studies as well as translations of classical and contemporary Chinese literature and thought.

Runya Qiaoan is assistant professor and senior researcher at Palacky University and analyst at CEIAS. Runya’s research focuses on civil society and social governance. Her recent publications include a paper on Graduated Control 2.0 in China and a paper on China-US blame game. Her most recent book, Civil Society in China – How Society Speaks to the State, was published by Routledge in 2021. 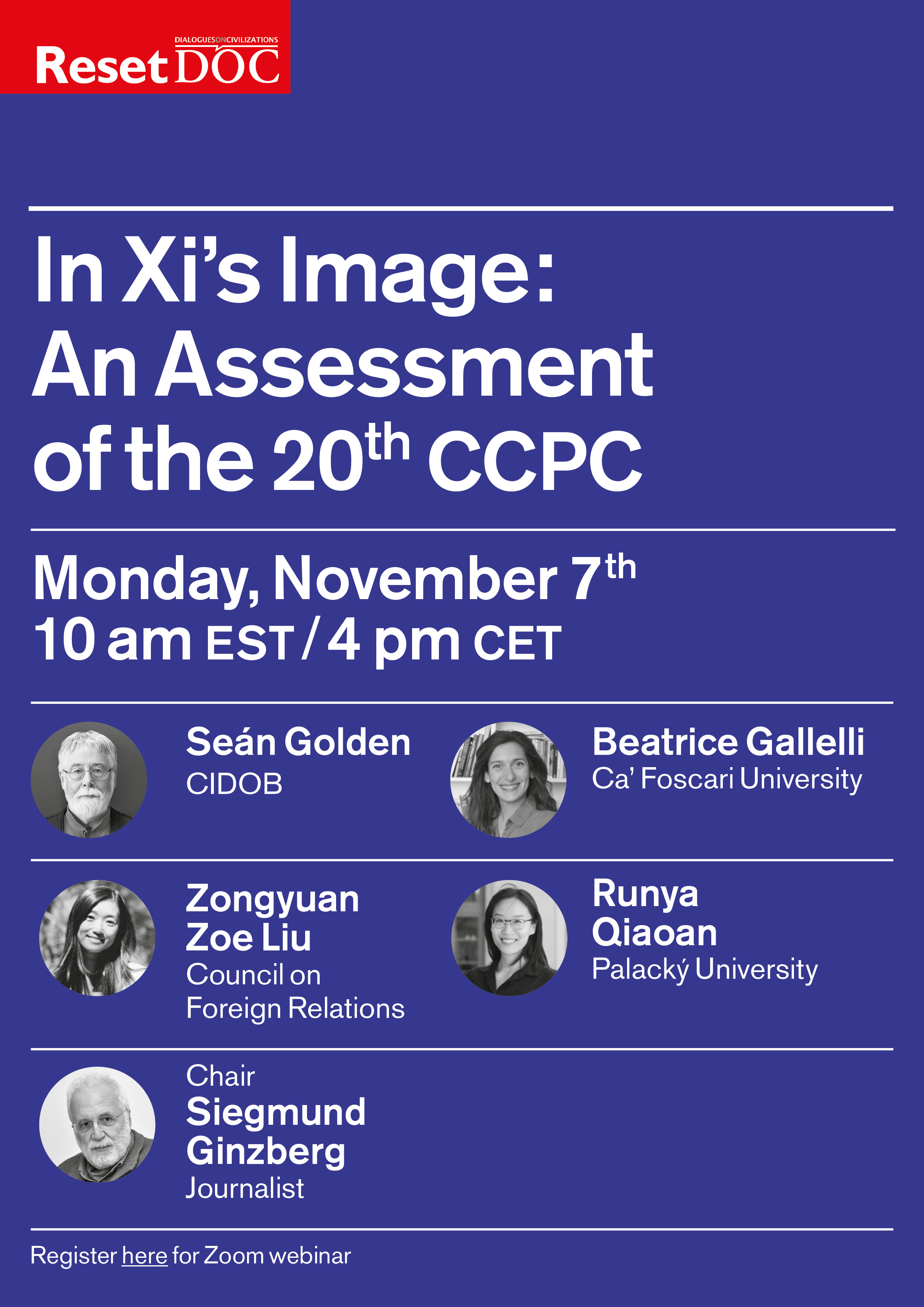