You can find the official event page here.

UC Berkeley’s Center for Democracy, Toleration, and Religion presents a lecture by Professor Michael Walzer. The lecture will revisit the old question about tolerating the intolerant. “We have to do that, but this isn’t a simple toleration; we have a right to ask for concessions from them–some minimal conformity, especially with regard to gender and equality.” Exactly what that means, and how it might be justified, will be the subject of his lecture.

Michael Walzer is one of America’s foremost political thinkers, Michael Walzer has written about a wide variety of topics in political theory and moral philosophy, including political obligation, just and unjust war, nationalism and ethnicity, economic justice, and the welfare state. He has played a critical role in the revival of a practical, issue-focused ethics and in the development of a pluralist approach to political and moral life. Walzer’s books include Just and Unjust Wars (1977), Spheres of Justice (1983), On Toleration (1997), Arguing About War (2004), and The Paradox of Liberation (2015); he served as co-editor of the political journal Dissent for more than three decades, retiring in 2014. Currently, he is working on issues having to do with international justice and the connection of religion and politics, and also on a collaborative project focused on the history of Jewish political thought. 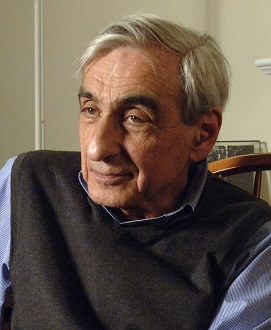