The Past and the Present: How Libya became Today’s Libya Society, Politics and Tribalism

Massimo Campanini | Trento University
A historical contextualization of Libya’s problem. Libya and the evolution of the post-Almohadian Islamic Maghreb until colonization

Wolfgang Kraus | University of Vienna
What is a Middle Eastern tribe? A comparative anthropological perspective

Moncef Djaziri | Institute for Political and International Studies, University of Lausanne
The Government of National Accord (GNA) and The Libyan political transition: difficulties and challenges to build stability, consensus and save the democratization process

Thomas Hüsken | University of Lucerne
Political Orders in the Making: Emerging Forms of Political Organization in Libya and Beyond

Abdelkader Kadura | University of Benghazi
State-building in Libya, the features of a new constitution

2.30-4.30 pm. Session 3
How to maintain stability and security in the country? Possible actors, scenarios and outcomes

Panelists are selected by Reset-Dialogues on Civilizations in cooperation with the Observatoire Arabe des Religions et des Libertés and the Rafik Hariri Center for the Middle East at the Atlantic Council.

***
Please note that this program might be subject to minor changes

***
Organised by Reset-DoC, this conference will shed light on several pressing questions on state building in Libya. Which are the conditions that could lead Libya to become a state under the rule of law bolstered by appropriate institutions? Will the creation of Libya’s GNA ultimately lead to national consensus and restore stability? And will this new government be able, and in what way, to preserve the country’s national unity and territorial integrity, as well as its sovereignty and independence? And what role do traditional family relations play? Which relations are there between the clans and the army? What role can the new generation and women play in the peace building process? Can traditional family relations contribute to maintaining security in the country?

In a scenario that raises serious doubts about the possible unification of a territory that covers a wide area, characterized by distances, deserts and unequal distribution of resources, and complicated by tribal divisions in the political arena as well as in social relations, identities construction and families’ traditions, the conference will offer an exceptional occasion to explore, from a social, political and juridical perspective, the obstacles to a real state building process and the developments that could lead to positive outcomes.

Please confirm your participation at: cristina.sala@resetdoc.org 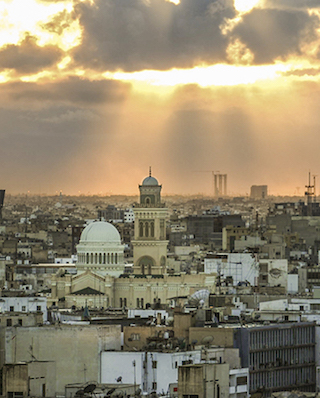