“Yek an/A Moment” (14′, Iran 2015, by Naghi Nemati) will be presented on the occasion of the 23rd Edition of the Capalbio International Film Fest in Italy (29 June-2 July 2016) in the “International Contest” Section.

The Reset-DoC (Reset Dialogues on Civilizations) Prize has been awarded Naghi Nemati for the film Yek An (One moment) because using direct, essential cinematographic means, filled with dark humour, this short shows how spreading violence can be stopped when faced with a basic reawakening of humanity and even “boredom” caused by the repetitiveness of its perpetration. It also show how a bloodthirsty protagonist can turn out to be a powerless bureaucrat. 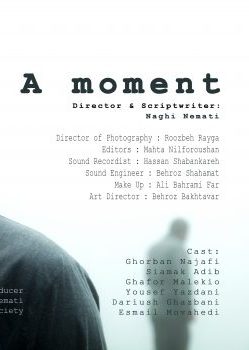