The current political situation in Post-Soviet countries, primarily the Russian Federation, raised questions about the cultural roots of today’s prevailing nationalist political ideologies and behaviours. The international scientific community had to overcome the lack of knowledge about Russia’s Post-Soviet history, also in order to avoid the sheer repetition of old clichés – liberal – western opinions versus a despotic-eastern world. In addition, it had to raise a second, but not less important, question: what intellectual and human resources can we find in the Russian past and present that suggest latent potentials for democracy and freedom?

Reset-Dialogues on Civilizations took on this double challenge and opened a forum on the evolution of Russian political thought with a first two-day workshop in Berlin on June 22nd and 23rd 2015, followed, on the 25th of June, by a public Round Table on the political culture of today’s Russia. A second meeting was held in Washington on March 31st /April 1st 2016 in collaboration with George Washington University to explore Russian conservative ideology and a third Conference was organized in Venice on June 17th/18th 2016 in collaboration with the National Research University Higher School of Economics (Moscow) to discuss Russian political language, discourse and ideology with a focus on the Russian notion of Liberalism and its demise.

Among the participants in the Russia Workshops: 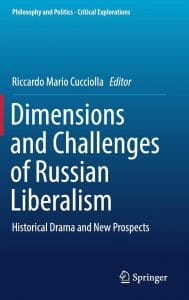 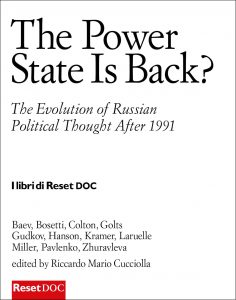 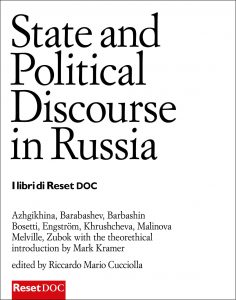 The Evolution of Russian Political Thought After 1991

State and Political Discourse in Russia

Dimensions and Challenges of Russian Liberalism