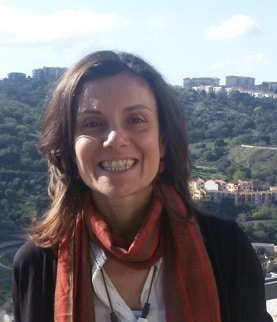 Journalist, she began her career in Milan in the national economic press, and then moved to Brussels in the early 2000s, where she reported on European institutions for Italian and European newspapers and agencies (ItaliaOggi, ApCom, Le Soir). In 2005, she left Belgium for Egypt, where she worked as a reporter on North Africa and the Middle East for the most popular Italian outlets until 2009.

She has continued to follow the regional economy and politics, including as a war reporter, for Avvenire, Il Sole24Ore, Radio24 and Swiss Italian Radio (RSI). She currently covers the MENA region for Reset DOC and Avvenire; her analyses of geo-politics have been published by ISTUD, ISPI, La Civiltà Cattolica and Travaux et Jours (Université Saint-Joseph of Beyrouth).