Who we are Committee Pasquale Ferrara 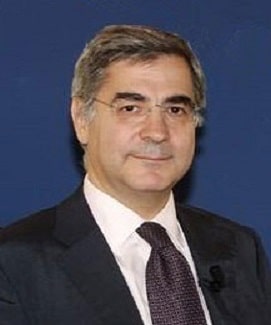 Pasquale Ferrara has an extended direct experience in the field of international relations, being an Italian diplomat since 1984 (at the moment he is the Ambassador of Italy in Algeria). At the same time, he has a strong academic background, both in terms of research and teaching activity in international relations theory and practice, focusing on diplomacy, negotiation, religions and world affairs, peace studies and Mediterranean studies. In the last years he tried to combine his on-the ground knowledge as a professional diplomat with an analytical capacity in the field.  He was  involved in both bilateral and multilateral diplomacy, having served in Brussels (Italy’s Permanent Representation to the EU) during the “constitutional process” in the early 2000s, and in countries like Chile (during the transition to democracy in the early 1990s), Greece (as Consul), the US – at the Italian Embassy in Washington as a political counsellor during the Administration of George W.Bush, following in particular the Iraqi crisis and conflict. As an academic, since 2010 he has been teaching various courses (in English) in Diplomacy and Negotiation both in the Master in International and Public Affairs and in the regular Master Program of LUISS in Rome. In addition, he teaches International Relations and Integration at the University Institute “Sophia”, Figline e Incisa Valdarno (Florence). He has also taught an introductory course on the European Union at Georgetown University School of Continuing Studies.

As Director of the Policy Planning Unit at the Ministry of Foreign Affairs (2009-2011), he launched a new program on Religion and International Relations, bringing together practitioners and academics, consisting of internal reflection papers and public seminars and international conferences. He was Secretary General of the European University Institute in Florence, collaborating with the “Mediterranean Directions” program. His book “Global Religions and International Relations” (Palgrave MacMillan) is one of the results of that engagement. His last work is a comprehensive reading from the IR perspective of Pope Francis international initiatives.

His research is focusing now on the problems of culture, religion and identity in International relations and diplomatic activity, with a special attention to the Mediterranean and the Arab-Islamic world.