Who we are Committee Nadia Urbinati 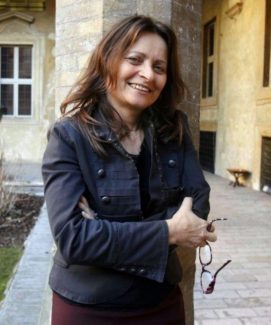 Nadia Urbinati is a political theorist who specialises in modern and contemporary political thought and democratic and anti-democratic traditions. Currently she is a professor of Political Theory at Columbia University where she has founded and chaired the Workshop on Politics, Religion and Human Rights as well as having chaired the Faculty Seminar on Political and Social Thought. Urbinati has received several awards for her work, most notably she was the 2008 recipient of the Commendatore della Repubblica (Commander of the Italian Republic) honour “for her contribution to the study of democracy and the diffusion of Italian liberal and democratic thought abroad”. Apart from being author to several books, she is a contributor to la Repubblica and il Sole 24 Ore. Her most recent publications include Liberi e uguali. Contro l’ideologia individualista (2011), and Missione impossibile. La riconquista cattolica della sfera pubblica (2013).