Who we are Committee Karen Barkey 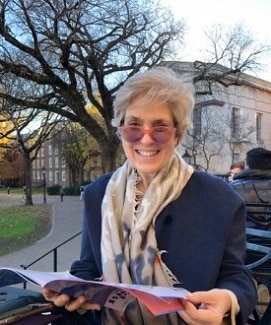 Karen Barkey is the Haas Distinguished Chair of Religious Diversity at the Haas Institute for a Fair and Inclusive Society and Professor of sociology at University of California, Berkeley. She was previously a Professor of sociology and history at Columbia University. She studies state centralization/decentralization, state control, and social movements against states in the context of empires. In her recent work she has also explored issues of toleration and accommodation in pre-modern empires. Her research focuses primarily on the Ottoman Empire, and recently on comparisons between Ottoman, Habsburg and Roman empires. Her books include Bandits and Bureaucrats: The Ottoman Route to State Centralizationand Empire of Difference: The Ottomans in Comparative Perspective. She also co-edited with Mark von Hagen, After Empire: Multiethnic Societies and Nation-Building, the Soviet Union and the Russian, Ottoman, and Habsburg Empires.