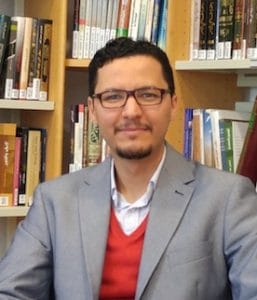 Mohammed Hashas is Senior Research Fellow at FSCIRE Foundation for Religious Studies “Giovanni XXIII” in La Pira Research Library in Islamic History and Sciences in Palermo, Italy. He is also an Adjunct Professor at the Department of Political Science of LUISS University of Rome. He is a member of the Scientific Committee of Casablanca Seminars, and its Scientific Coordinator. He holds a PhD in Political Theory from LUISS (2013). Hashas was a Research Fellow at Babylon Center for the Study of the Multicultural Society in Tilburg, the Netherlands (2010), at the Center for European Islamic Thought at the University of Copenhagen (2012), a Visiting Research Fellow at Oxford Center for Islamic Studies (2017), and a Guest Scholar at Leibniz-ZMO Zentrum Moderner Orient in Berlin (2017).