Who we are Committee Otto Georg Schily 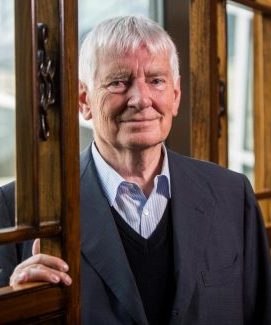 Otto Georg Schily is a lawyer, politician and member of the Social Democratic Party in Germany as well as former Federal Minister of the Interior of Germany from 1998 to 2005, in the cabinet of Chancellor Schroder. Among his notable achievements is the co-founding of the Green Party in 1982, whose anti-nuclear stance earned them notoriety due to a meeting had with Colonel Gaddafi. As well as being famously in charge of the ‘Flick’ inquiry which exposed the involvement of Nazi industrials in German politics, he was in charge of national security in Germany after the 9/11 terror attacks and has been in favour of a stringent security and surveillance policy.