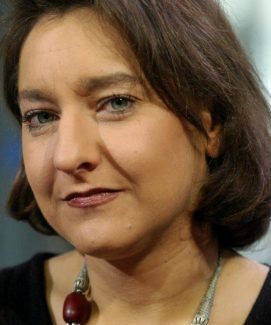 Katajun Amirpur is a Professor of Islamic studies at the Academy of World Religions of the University of Hamburg. As well as being a contributor for the German newspapers ‘Süddeutsche Zeitung’, ‘taz’ and ‘Die Zeit’, she is the author of various books based on her studies and teachings such as New Thinking in Islam, The De-Politicization of Islam and God is With the Fearless. Amirpur contributes commentary for German radio stations DLF and WDR and has been a guest on the German talk show ‘Presseclub’. Throughout her career she has been and continues to be a proponent of Muslim integration in democratic Europe, women’s rights in the Arab world and an acknowledgement of the intellectual history of Iran. Among her publications: “God is with the Fearless”, 2004, and “Gibt es in Iran noch einen Reformprozess: Does Iran still have a reform process?”, 2004, Den Islam neu denken. Der Dschihad für Demokratie, Freiheit und Frauenrechte. C. H. Beck Verlag, München, 2013.