Who we are Committee Benjamin Barber 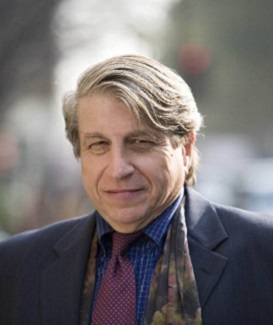 Benjamin R. Barber (1939-2017) is the first Distinguished Senior Fellow at the Fordham School of Law’s Urban Consortium, and the President and Founder of the “Interdependence Movement” as well as the project for a “Global Parliament of Mayors” growing out of his new book If Mayors Ruled the World. Dysfunctional Nations, Rising Cities (Yale University Press). He is Walt Whitman Professor of Political Science Emeritus, Rutgers University. Barber brings an abiding concern for democracy and citizenship to issues of politics, globalization, culture and education in America and abroad. Barber’s honors include a knighthood (Palmes Academiques/Chevalier) from the French Government (2001), the Berlin Prize of the American Academy in Berlin (2001) and the John Dewey Award (2003). His other books include: Consumed: How Markets Corrupt Children, Infantilize Adults, and Swallow Citizens Whole (2007), Strong Democracy: Participatory Democracy for a New Age (2004), Fear’s Empire: War, Terrorism, and Democracy in an Age of Interdependence (2003) and Jihad vs. McWorld: How Globalism and Tribalism are Reshaping the World (1996).