Who we are Committee Bassam Tibi 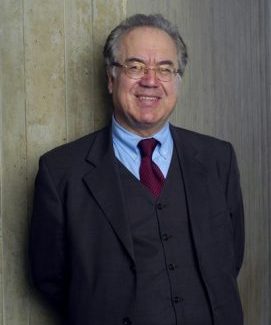 Bassam Tibi is a political scientist who is particularly known for his conception of various theories regarding Islam and its place in the world, such as Euroislam, Leitkultur and Islamology. He has been a professor of international relations for over 30 years at Gottingen University, in which time he has also taken on 18 professorships in every continent, including highly prestigious institutions such as Princeton, UC Berkeley and Yale, to name but a few. His ability to adopt a clear-minded approach to understanding Europe and Islam in his work, both distinctively and interrelatedly, has earned him Bundes Verdientskreuss, the German cross of merits first class, and the Swiss Foundation for European Awareness annual prize. His most recent publications include Islamism in Islam (2012) and Concealed Islamization in Europe (2016).