Who we are Committee Anthony Giddens 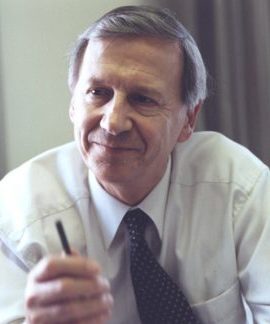 Anthony Giddens is a world-renowned sociologist and politologist and Emeritus professor at the London School of Economics, where he served as director from 1997 to 2003 as well as having been professor of Sociology at King’s College, Cambridge. He has been an advisor to British Prime Minister Tony Blair who famously adopted Giddens’ guiding socio-political approach to government, the ‘Third Way’. Consequently, he sits in the House of Lords for the Labour party and supports them in his work. As well as being author of 34 and over 200 articles, Giddens has received several honours from various academic and political institutions in recognition of his lifetime achievements in the fields of sociology and social theory. Among his publications The Consequences of Modernity (1990), Europe In The Global Age (2007) , “The Politics of Climate Change” (2009).