Who we are Committee Andrea Riccardi 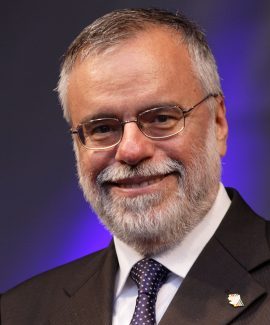 Andrea Riccardi is the founder of the Community of Sant’Egidio, a worldwide known laique Christian community. He serves as professor of History of Christianity and History of Religions at the Third University of Rome. He was among the mediators in the negotiates that, after 16 years of war, brought the peace back to Mozambic. In 2004 he won the Balzan Award for Peace. Recently he was awarded in Aquisgrana with the renewed “Carlo Magno Award”. Among his last publications, L’ inverno più lungo. 1943-44: Pio XII, gli ebrei e i nazisti a Roma (2008) and Paolo. L’uomo dell’incontro (2008).