Who we are Committee Amos Luzzatto 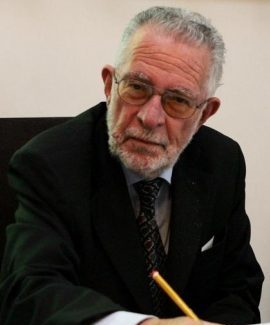 Amos Luzzatto (1928-2020) was a writer and essayist as well as proponent of Judaism. Having defined himself as a “physicist and historian of Jewish culture”, he was a strong advocate of the need for a religious identity to run alongside, if not to take precedence on, one’s national identity. Luzzatto has been editor-in-chief of the Rassegna Mensile d’Israel, having previously been president of the Union of Italian Jewish Communities and of the Primo Levi foundation. He has been the author, contributor and translator of books which are based around his devotion to the Jewish faith. Among his publications: Autocoscienza e identità ebraica, in Storia d’Italia. Annali, XI.2 (1997), Una lettura ebraica del Cantico dei cantici (1997), Il posto degli ebrei (2003), A proposito di laicità. Dal punto di vista ebraico (2008), Dante Lattes: l’etica e la pratica, (2015).