Who we are Committee Abdullahi Ahmed An-Na'im 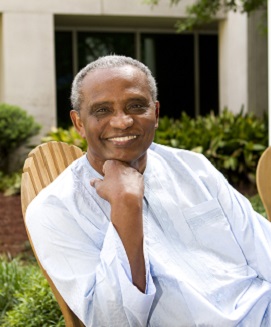 Abdullahi An-Na’im is the Charles Howard Candler Professor of Law at Emory University School of Law. He joined the Islamic reform movement of Ustadh Mahmoud Mohamed Taha from 1968 until the movement was suppressed in December 1984. Forced to exile, in 1993 he became the executive director of the Washington D.C.-based human right organization Africa Watch. Since 1995 he has been serving as a professor at Emory University School of Law in Atlanta. In February 2009, An-Na`im received an Honorary Doctorate from the Universite catholique de Louvain (UCL, Louvain-la-Neuve) and Katholieke Universiteit Leuven (K.U. Leuven, Leuven), Belgium. He also serves as Global Legal Scholar at the Law School, University of Warwick, UK (until November 2009); and Extraordinary Professor at the Centre for Human Rights, Faculty of Law, University of Pretoria (until November 2009). Among his publications: Toward an Islamic Reformation (1990); Human Rights in Africa: Cross-Cultural Perspectives (co-edited with Francis Deng, 1990); Human Rights in Cross-Cultural Perspectives: Quest for Consensus (1992); Islam and the Secular State: Negotiating the Future of Shari`a (2010).